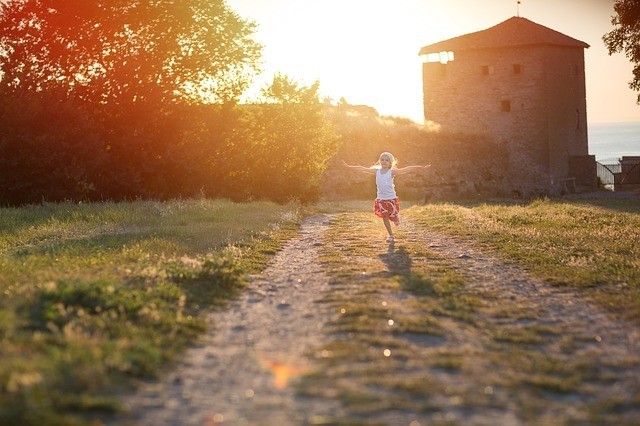 Choosing the quietest village to attend local festivals in Italy away from the tourists did not give me the quietest day. Nothing is quiet when staying with an Italian family in Italy!

I was visiting friends in the peaceful village of Tarzo, located 60km north of Venice in the province of Veneto. It’s built on the narrow valley floor, nestled in between the Tarzese mountains. So refreshing to be in a place with no other tourists in sight. We enjoyed riding our bikes through the valley, along the lakes and through private farming lands. Also enjoyed the tough steep climbs to the Refugio’s at the top of the mountains, even though my muscles ached so much the next day that I couldn’t walk. 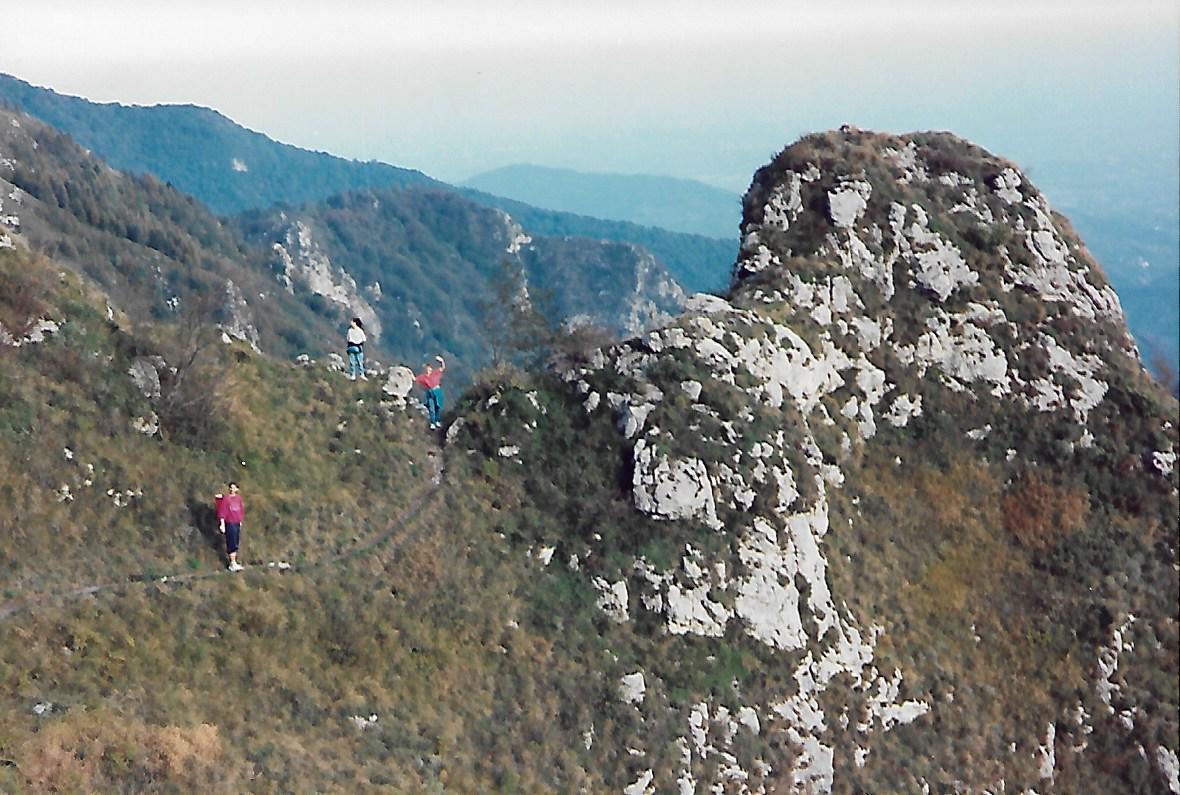 Hiking above Tarzo to a Refugio.

Chestnut festival with a difference

But what I didn’t realise about this little-known part of the world is that this province of Veneto has over 30 festivals from May to October every year. Never a dull moment in what I thought was a sleepy region.

I arrived in October and it was time for the Festa della Castagna – the Chestnut Festival. Chestnuts are plentiful here. On my first day in Tarzo, my friends took me for a walk up the hills behind their house. Chestnut trees growing wild everywhere. We filled a few buckets and headed home to roast them. Yummo.  But there was a whole heap more to come during the weekend. 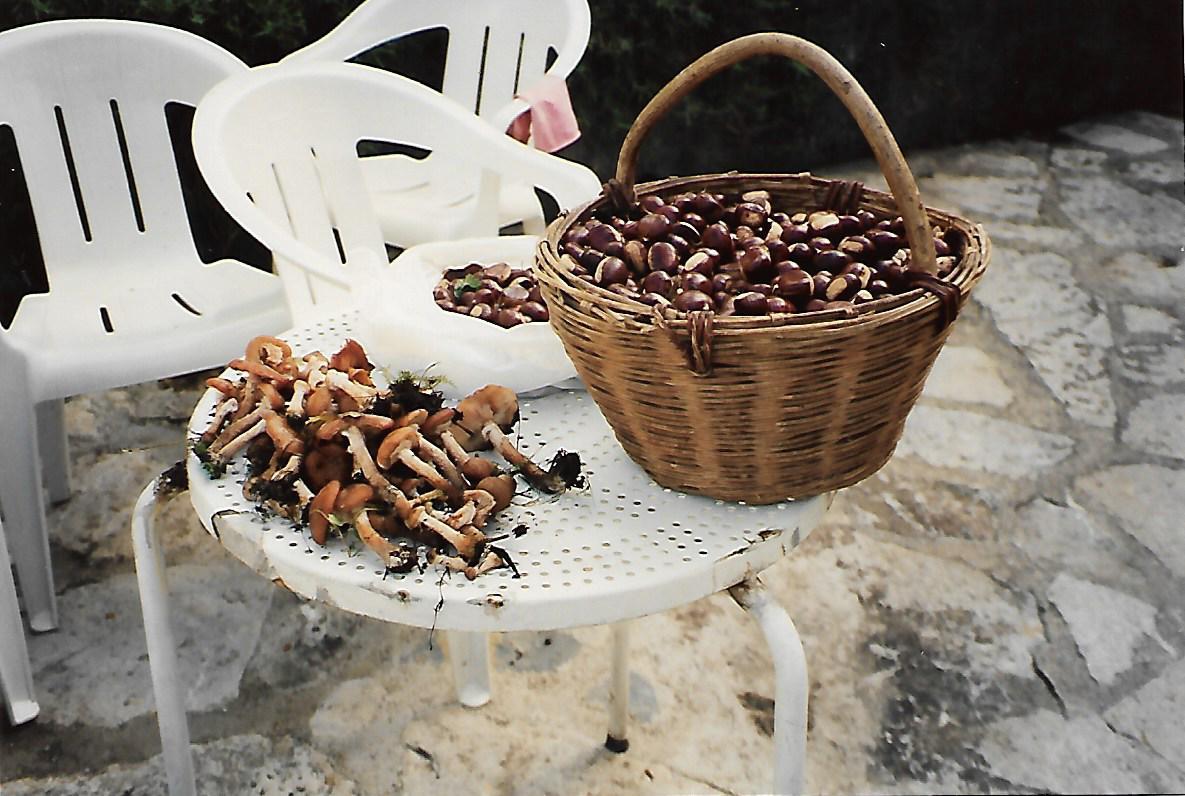 On Sunday, day 3 of the festival I decided to have a lazy day. So lazy that I woke up at noon. That was a marathon sleep in. I obviously needed it as I was quite exhausted from the festivities on Friday and Saturday nights – preparing the festival hall, roasting the chestnuts in huge iron hot plates (holds 60 kilos), eating, dancing, drinking & chatting. Well trying to have conversations with my limited Italian.

Can I have a shower first!

The whole family had left the house by 1.30pm. They had to go down to the hall to clean up from last night and prepare it for tonight’s final celebrations. So I decided to have a long shower and wash my hair. Then the comedy act started.

So I leave the bathroom once again dripping wet and answer the phone. This time there was a voice on the other end. Its Roy asking where is Josephine as he is waiting to be picked up at Conegliano train station. Josephine is a family member that now lives in the UK. She arrived a few days ago, ahead of her husband Roy. I told Roy that I would check downstairs with Nonna (Josephine’s mother).

So I race back into the bathroom to put on a robe and wrap a towel around my head. Then the doorbell rings. Thinking it might be Josephine or my friends I answer the door without hesitation wearing only a bath robe. I go into shock and embarrassment as it’s a strange Italian man standing in front of me. I’m still dripping wet and had a mental blank on how to say Ciao, so I said ‘hello’ in English instead. He looked at me strangely. He said ‘Augusta’, which is my friends’ mother. I pointed down the road and said ‘Festa’ hoping he would understand. He did and said ‘Grazie’. A three worded conversation with results!

I waited for the strange man to leave before I raced downstairs to Nonna. As my one worded sentences worked so well with the strange man, I continued the same format with Nonna. I simply said ‘Josephine’ and she started babbling in Italian. I couldn’t understand a single word. So then I said ‘Roy’. Well what a mistake that was. Nonna’s babbling became an angry tirade and this time I could understand all the swear words that she was throwing in. My guess is that she is not too fond of her son-in-law. It looked like she was annoyed that Roy was coming. So I said don’t worry and ran back upstairs laughing.

Poor Roy was waiting on the phone for me all this time. I told him that I think Jo is at the Festa but don’t worry, I will run down there and get her. I race back into the bathroom to finally dry myself, get changed and dry my hair.

Flying down the stairs and out the front gate, I was suddenly met with a group of friendly Italian men shouting from across the street. You see, my friend’s home is opposite a little café/bar where all the old men congregate daily sipping on grappa and coffee. Probably reminiscing on the good old days or maybe sorting out the country’s politics. Who knows but they never seem to stop talking. 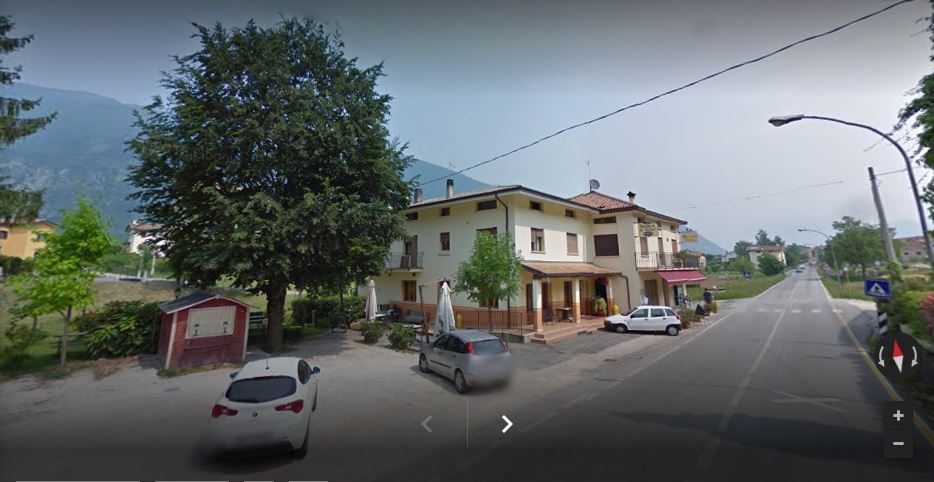 The bar across the road and the road I ran and ran for a couple of miles.

They started motioning to me to come over and join them. They all had big smiles on their faces and were holding glasses of wine in the air to entice me to have a drink with them. I took a look at them and thought to myself ‘seriously, do they think that a young girl would want to be chatted up by old men’. The only way I could think of to get out of this situation was to RUN. I looked up the road towards the festa and I started running. I could still hear them shouting out to me but I ran and ran and ran, over all the hills until I reached the festa hall.

Thankfully I bumped into Augusta and she told me that Jo is not at the festa. So I went to a nearby house where my friend Teresa was because I didn’t know what to do next. We drove to Josephine’s house and she is waiting there for Roy to call. It turned out that Roy had one digit wrong on the phone number and that that’s why he couldn’t get through. So he rang at my friend’s house and luckily I decided to have a lazy day so that I was at the house to answer the phone.

What a half hour. In and out of the bathroom, upstairs and downstairs, one worded Italian conversations and running from harmless elderly Italian men.  So much for my lazy day. The only way to calm down after all that was a big tub of Italian gelato in the town of Vittorio Veneto. Something about Italian gelato – the coolness, the flavours, the texture or the calming effect. You can’t beat Italian gelato in Italy. 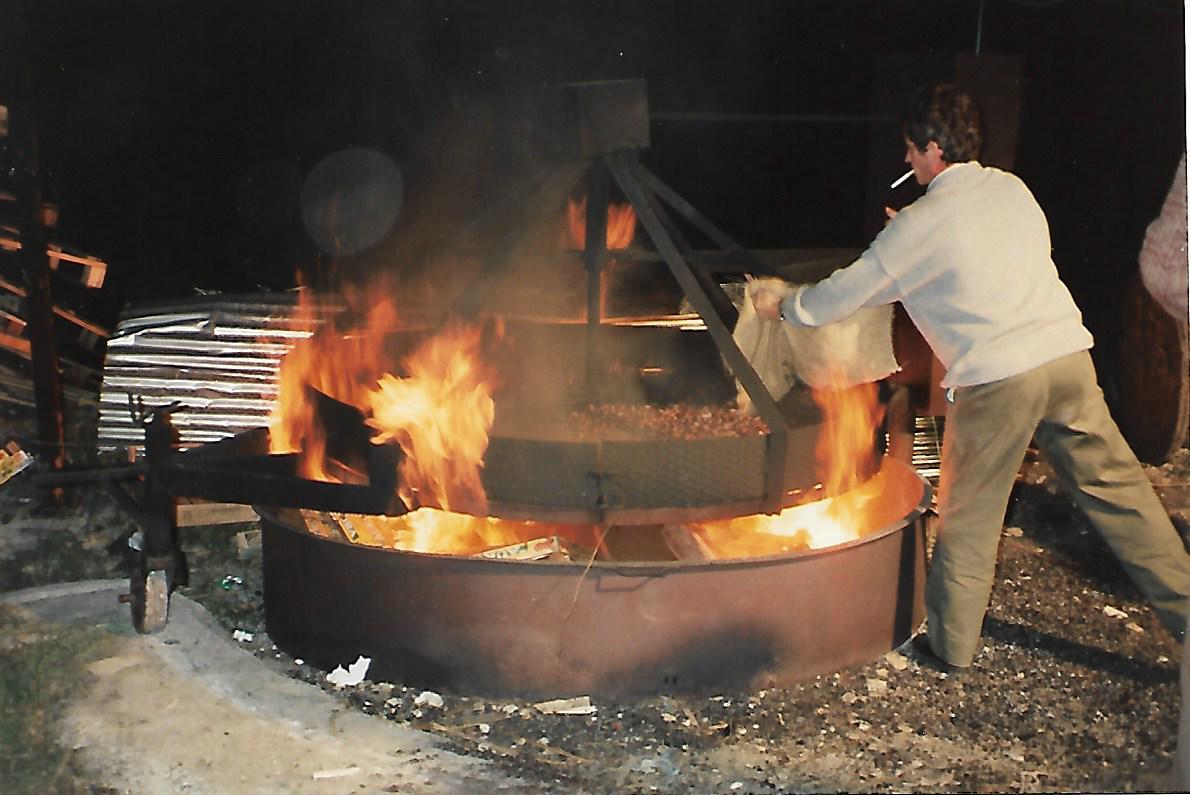 These roasters hold 60kg of chestnuts.

Feeling rejuvenated by the cool crisp Italian air and gelato, I had energy once again to go back to the Festa in the evening. The last night of eating chestnuts, dancing and laughing at today’s antics. I certainly won’t forget today’s events – the stresses of living in the quiet villages of northern Italy.

And before you ask, Yes, all this happened in the days before mobile phones existed. It's true that mobile phones do tend to make our life and communication easier. I would have avoided this situation. But then again, I wouldn’t have had a funny story to tell. I do love the travels without modern technology.

Pick from the many festivals in Italy

Phew, festivals in Italy part 1 done and dusted. Imagine if I went to ALL the Veneto festivals.  One thing is for sure, next time you go to Italy consider incorporating one festival into your itinerary. The small, local festivals like Festa della Castagna are just as much fun as the hugely popular festivals such as Carnival in Venice. They even have an asparagus festival!

Do you have any funny stories while experiencing festivals in Italy that added something special to your holiday?

AVOID BEING CAUGHT OUT
Book your own holiday online using the most trusted travel websites.
​ Download the "Best Travel Websites Guide" today.

OTHER PLACES TO VISIT IN NORTHERN ITALY:

Where’s the best place to stay on the Amalfi coast in Italy?

The best way to hike the Cinque Terre trail

How to visit Bagni di Lucca without a car

About the Author Lisa

A travel gypsy by heart, having already been to over 70 countries and still counting. Founder of Travel Groove, to share travel tips, tricks and knowledge with other travellers.

How to avoid jet lag using this little-known way